Campaign Budget Optimization vs. Ad Set Budget: Which To Use For Ecommerce?

With millions of active users, Facebook is, without a doubt, the biggest marketplace in the world. It is not unexpected that SMEs and major corporations worldwide compete for dominance on the platform, given its broad potential audience. For retailers targeting this large customer base on Fb, you'll certainly be considering how to improve your Facebook ad campaigns to maximize your monetary returns, regardless of the ad sets that you end up leveraging. Then what? Learn about Campaign Budget Optimization vs Ad Set Budget.

In this article, we will discuss 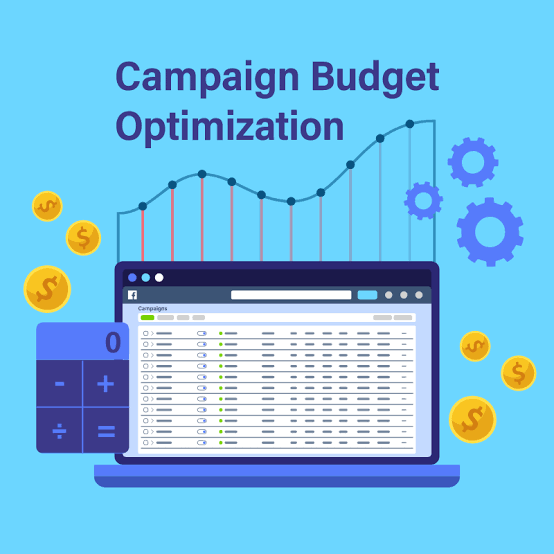 Campaign budget optimization (CBO) uses machine-driven analytics to allocate a promotional campaign's funds to the adverts that provide the most outstanding results. The budget is expressly set based on a predictive model, but as the ads run and data is collected, it is automatically adjusted.

Also, the cool thing regarding CBO is that you don't have to waste money on underperforming ad sets because Facebook budget optimization uses a wealth of data to make sure your online store (eCommerce) promotion is effective as it should be.

What is Ad Set Budget Optimization?

Ad Set Budget Optimization, also known as ABO, requires advertisers to precisely set the budget for each ad campaign to optimize them effectively. However, close monitoring is needed because, independent of conversion rates, ad expenditure will remain constant for each set unless it is manually modified.

What is the Major Difference Between Campaign Budget Optimization vs Ad Set Budget?

The CBO algorithm will automatically choose and allocate a budget for each audience's group. Recall that during a campaign budget and ad set budget optimization, you still target the audiences the same way. However, CBO will decide what audience E and F will receive more than G and H if there are four audiences group in a campaign.

Campaign Budget Optimization vs Ad Set Budget: Which to Use for eCommerce? 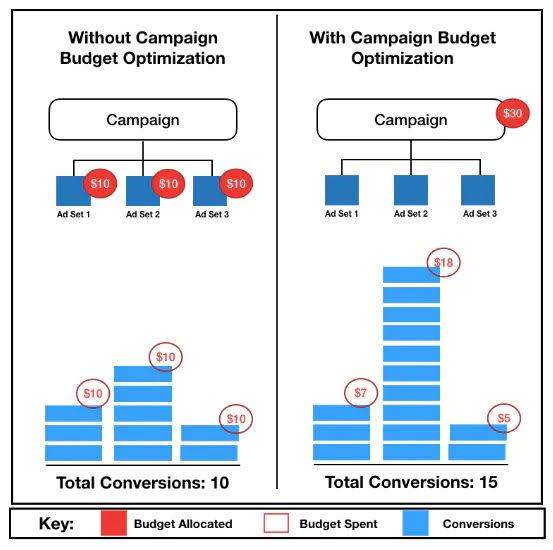 We cannot conclude that Campaign Budget Optimization is superior to Ad Set Budget Optimization since both ad groups have loyalists. Ideally, retailers with larger budgets and more experience might favor ad set budget optimization. In contrast, those with less expertise who would like a quick setup might discover that handling their promotional budget with AI-based "CBO" is more straightforward and less problematic.

Based on returns on investment and staggering performance recorded by diverse business owners, we will concentrate on Campaign Budget Optimization because we believe it is a fantastic option for businesses of all sizes and budgets.

Below are some vital considerations for why it's best to use Campaign Budget Optimization (CBO) for eCommerce marketing;

For businesses that don't want to undergo the process of matching the budget optimization to suit different campaign objectives, you should use the ConvertedIn tool since it features a more robust AI algorithm that monitors your audience behaviors and feeds your ads to clients most likely to make a purchase.

Campaign Budget Optimization can be beneficial to marketers that run small businesses with a tight budget by assisting them in reducing spending with low-profit margins. Additionally, it makes it simple and quick to identify the most effective ad sets and allocate resources cost-effectively.

For a fact, CBO is super ideal for eCommerce businesses that are just getting started and are unsure of how the Fb ad structure operates. In contrast, Ad Set Budget Optimization demands manual budget control, requiring more expertise and effort spent evaluating and monitoring.

Campaign Budget Optimization is an excellent approach to growing your customer base, particularly if you have a variety of six to five multiple ad sets. Thus, Facebook's AI algorithm can identify the ad sets driving clicks and immediately redistribute budgets. Due to this, you can increase your budget with high certainty, and it will produce the intended results if done appropriately.

One more fantastic advantage is that, unlike with manual or conventional Ad Set budget allocation, you are not obliged to interrupt ad sets to modify while it's operational.

Campaign Budget Optimization optimization is superb for testing audiences with identical demographics and stages of the marketing pipeline. It's best to eliminate as many components as possible to achieve the optimum result, as doing otherwise can lead Fb's algorithm to mistakenly place too much prominence on an advertisement that might lead to clicks but not inevitably sales.

Campaign Budget Optimization vs Ad Set Budget: When to Use it for eCommerce marketing? 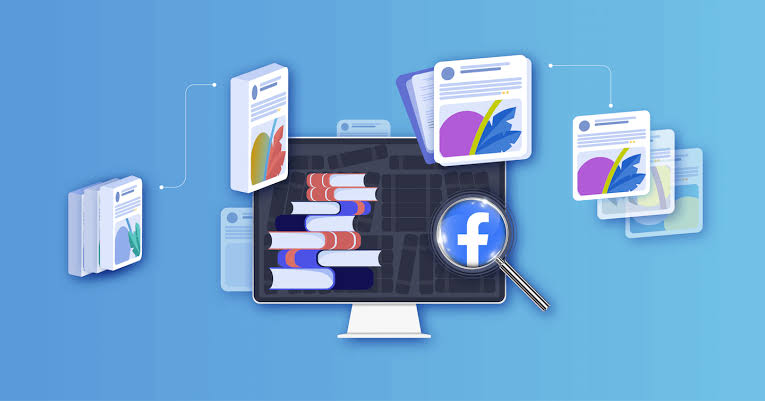 When to Use Campaign Budget Optimization for eCommerce

When using Fb adverts for the first time: you can depend on Artificial intelligence and machine learning until you gain more familiarity with the platform.

When you only have a limited budget: If you don't have enough money to support multiple campaigns, Fb will make the most of your limited budget.

When optimizing: If you scale up your funding, Fb will allocate the budget intelligently because it already identifies which ad groups are functioning well, meaning you won't need to modify the budget for every ad set.

When the Facebook Algorithm provides you with more data via the pixel: The pixel assists you in attracting new customers and retargeting website visitors who have already visited a particular page or completed a specific action in your online store. Businesses can use the information obtained from the pixel to create dynamic ads and retargeting campaigns.

When to use Ad Set Budget Optimization?

Whenever you have a brand new Facebook ad account with insufficient information statistics on the pixel: it's best to use Ad Set Budget Optimization since the algorithm might not know what to do with incomplete data.

When the size of your audience differs significantly: Facebook will typically prioritize a massive audience number without necessarily understanding the demographics of the people you are trying to reach. If you are organizing a location-specific, specialized event with a minimal yet devoted audience, you may already be aware of the people you should target in place of Facebook.

What strategy can I use to scale up Campaign Budget Optimization?

We advise choosing ABO as a starting point for both of these testing campaigns because it is suitable for testing. Facebook will be able to gather information on the effectiveness of the ads so it can decide where and how to allocate its budgets appropriately.

Note: Even though you are merely testing this method, try to retain a lower budget for it.

Some of the strategies to deploy are:

As we've shown in this post, campaign budget optimization is indeed a potent tool, assisting you in not just reaching but also successfully converting the target audiences. Additionally, CBO handles the actual work with the support of Facebook's insights to make the best choices when you're just beginning out and don't have the capacity to watch your advertising continuously. 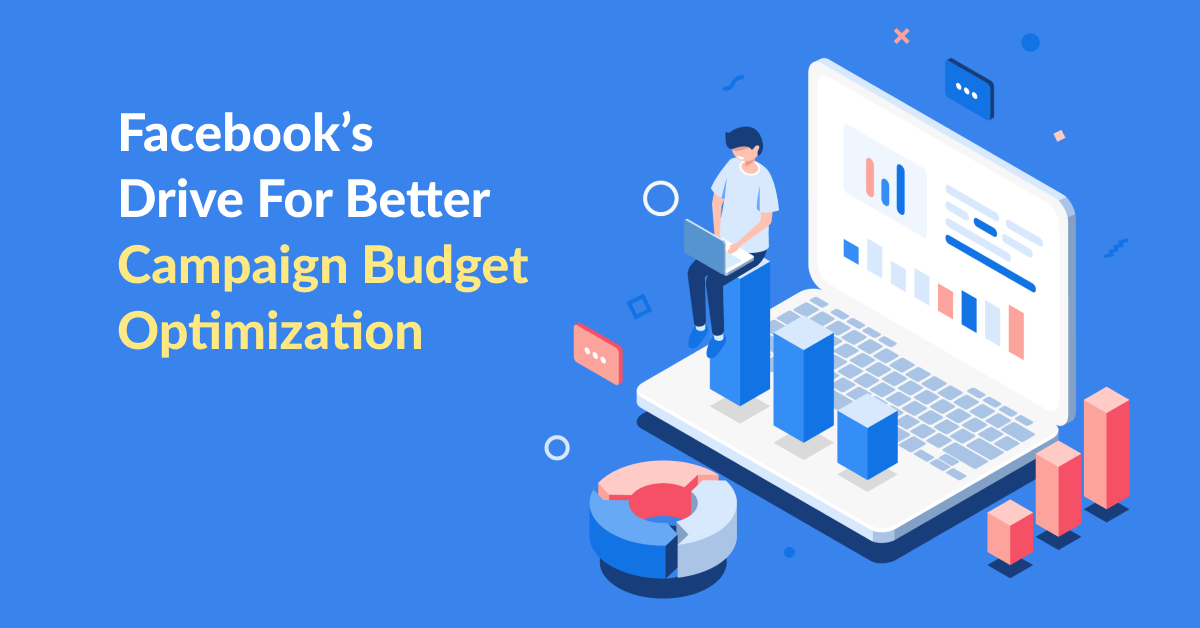 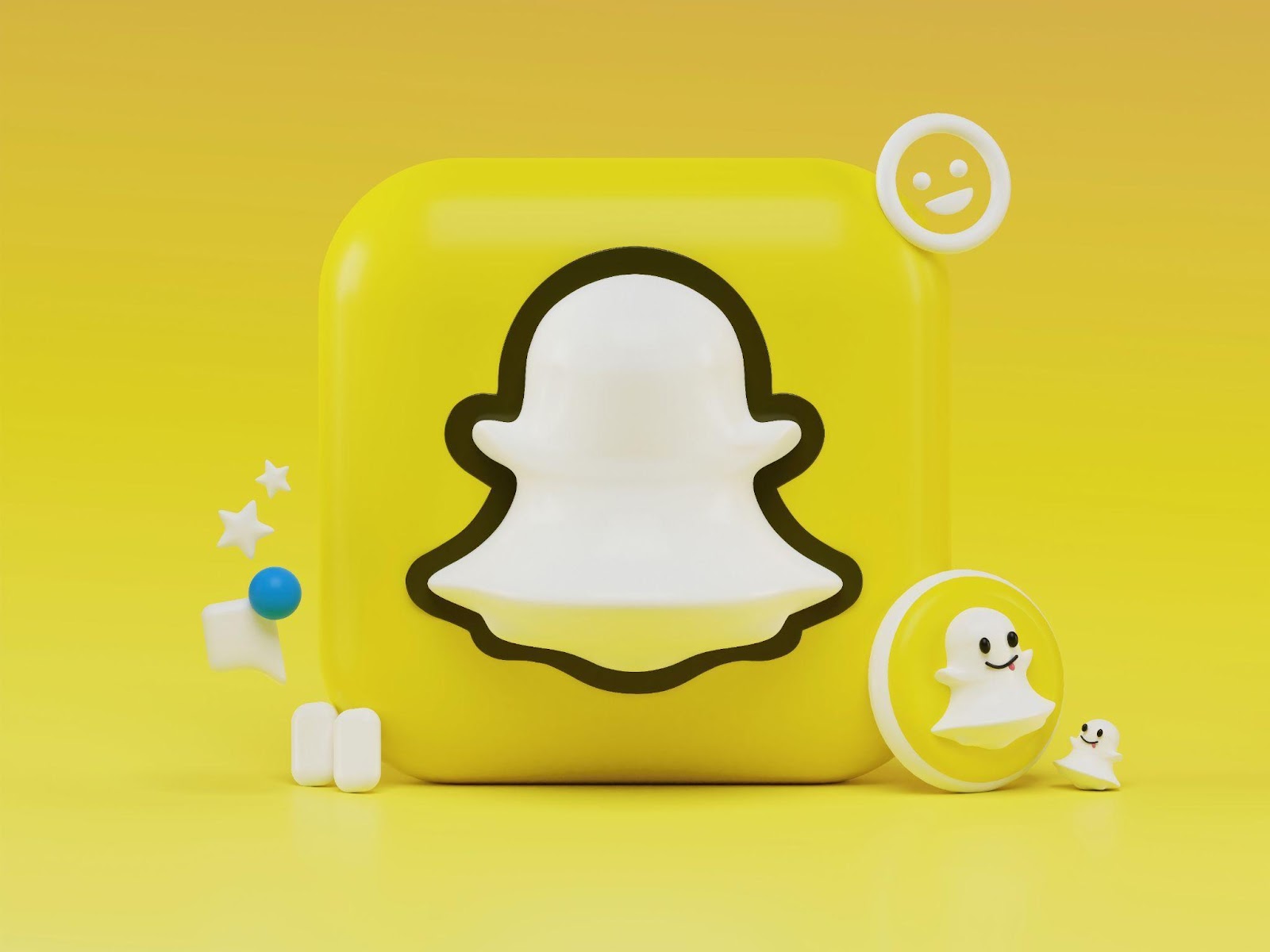 Snapchat For Ecommerce: How To Use Effectively For Your Business 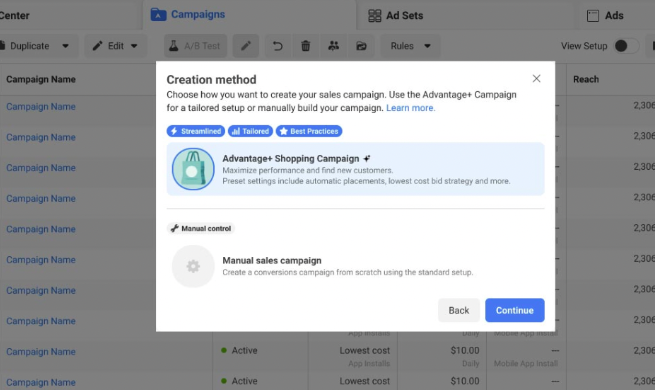 Your Roadmap To Using Facebook Advantage+ Shopping Campaigns For eCommerce